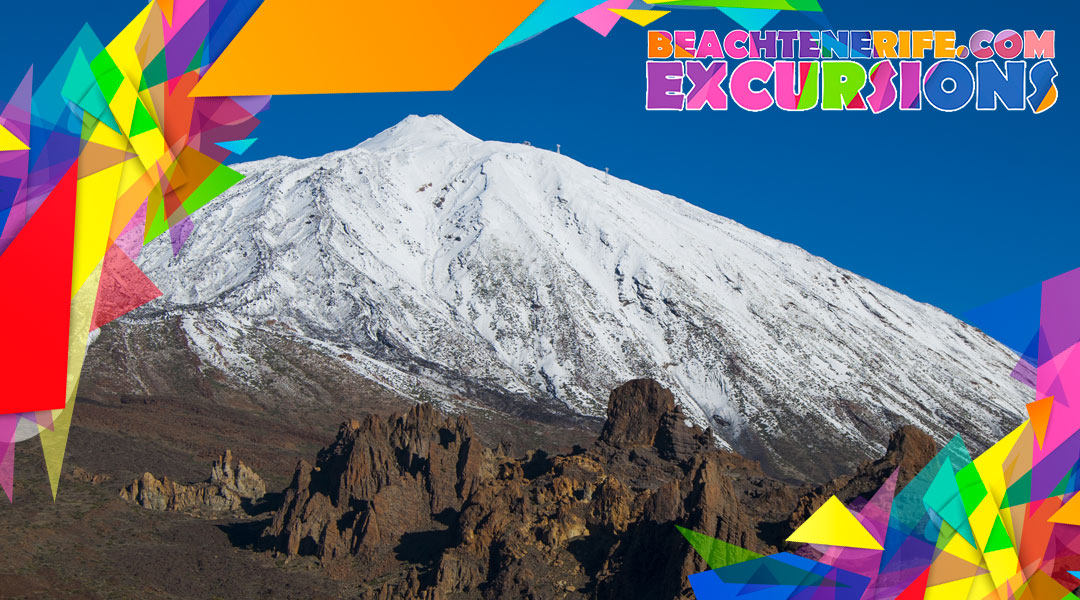 Are you going for the first time to visit the Teide National Park, or maybe on several occasions they have come here and are you sure you have seen everything? Believe it, Teide National Park may surprise you! This is just a small list of what you can see here.

1. Meet the sunrise on top of a volcano – best choose for this summer season.

If you want your contact with the environment to be even deeper, we recommend staying at the Altavista Refuge. Situated at an altitude of 3,270m, spending the night there is an experience, although it is only allowed for one night. The usual thing is to sleep here to access the crater very early, from the top, an absolutely unforgettable sunrise. Upon arrival at the refuge, users receive bedding and can heat liquid food in the kitchen. If you spend the night at the Altavista Shelter, you will not need to apply for a permit to access Pico del Teide to see the sunrise. However, you must have left the trail before nine o’clock in the morning. All the food and water they need to carry with them, standing on the last funicular flight in 16 hours, and a few hundred meters passed. Then the garbage to eliminate the back. It is worth spending the night, by the way, cheap – 24 euros and take place is not so active. For example, in April, it was possible to reserve a seat in a day or two. Judging by the critics, the night can be quite bearable, except for the fact that in the same room a few bunk beds. And many friendly neighbors and optimistic, it is very nice to meet and chat in reality, in a dream begin to withdraw rolls snoring different shades. So those who dare to spend the night in this, take earplugs is necessary. Yes, and sleep for a long time do not have: the increase in the shelter at 4 o’clock in the morning, because there is still almost an hour walk to the top. Temperature behind the shelter at this time – around zero, so you need to take some warm clothing, a hat and gloves (even if you went to the bottom of shorts), a flashlight. But the sunrise over the ocean – a spectacle that compensates for any inconvenience, and is always visible, as the entire cloud stopped at the bottom, below your feet. Then you can with a clear conscience to get off on the first funicular flight at 9 o’clock sharp.

Trekking route in the Teide National Park to observe the phenomenon of star shower or Perseids in August. The nocturnal route, which is part of the Patea con Güímar program, will take place along the Corral del Niño track up to the Sendero del Mal Abrigo (Teide National Park) and will last approximately three hours. The difficulty of the route is low, as it is a comfortable route on foot of only 1,800 meters of altitude, so anyone who wishes can participate. From the 11th of August on the Teide you can observe a unique natural phenomenon called “tears of San Lorenzo” – or simply: rain of stars. Every year, at this moment the Earth passes through the tail of the comet Swift-Tuttle, and then in the sky you can see the Perseids – the meteorites, so called because of their aspect of the constellation Perseus. The current is active from July 17 to August 24 with the maximum is usually August 12. Number of meteors usually reaches 60 per hour, and its speed is 150 thousand kilometers / hour. Some travel companies organize these days special tourist routes in the area of the national park.

If you come in spring you can not miss the wonderful red tajinaste, which can reach a height of 3 meters and has thousands of tiny flowers of an intense red. Another treasure unique in the world is the violet of Teide, emblem and pride of the Park, which is only found above 2,500 m altitude. If you get to see it, feel very, very lucky.

4. Spending the night at the Parador – the most romantic moment of Christmas and New Year.

The Parador de las Cañadas del Teide enjoys an unbeatable location next to a volcano in the Teide National Park, in the centre of the island of Tenerife. The Cañadas del Teide is 2,000 metres above sea level and offers magnificent views of the lush and green tropical landscapes of the surrounding area. The oldest hotel in Tenerife. A bit gloomy, but very colourful. With an excellent location, overlooking the volcano. It’s nice to sit by the fireplace at night with a glass of wine, and then look at the stars – for the sake of this show it’s worth coming back. I recommend to come near the sunset, in the part of La Orotava. Then, by the way, you can enjoy the intersection of the cloud layer, and an impression of how it literally emerges from the clouds, and you find yourself in the vast desert of clouds alone with the mountain tops and the setting sun – incredible. In the morning on the volcano also found itself before the main stream of tourists, there is no queue for the cable car, the opportunity to walk alone with nature .

The snow from the peak together with the lava flows that spill down its slopes form a unique combination that you will never tire of admiring. When Christmas is approaching for many in Tenerife is not white enough, fluffy, cold snow. But this is not a problem, we sit in the car and go to the Teide. That’s what I did last year on December 31st. Going better in the morning, since you want to make a snowman at the top of the Teide before the new year is not enough. To defend the place on the funicular ascent to the observation platform, and here the expected snow. Some of the most prepared people drank with champagne and Santa Claus caps. Everything around is very friendly and the atmosphere is cheerful, all congratulating each other on the next holidays. Don’t forget the gloves as you will have to pat a couple of snowballs.

One of the most exciting experiences awaiting you in the National Park. The base station is at an altitude of 2,356m and the top station at 3,555m. The transit between stations takes about 8 minutes and the sensation is electrifying. At the end of the tour you will enjoy extraordinary views from the viewpoint. The Teide Cable Car is open from 9:00 to 17:00 hours, with the last ascent at 16:00 hours. Tickets can be obtained either at the ticket office directly. Morning flight 09 a.m.-10 a.m., is cheaper, and people at this time a little less, and standing in line for the cashier is not necessary. Before entering, always stop and take pictures at the bottom of the window. That may not be necessary, but most tourists, inspired by the next climb, do not give up. In addition to closing the top entrance (№ 10), there are two sides of the route. The first route ends with an observation platform overlooking the north coast of Tenerife. The higher the increase, you can see the waves in Puerto de la Cruz. The second route (number 12) is the other way, and there are different points of view (although apparently only a different slope of the volcano). In the distance you can see the neighboring island of La Gomera and La Palma. In general, the routes of interest, and even pensioners to walk without problems. Below is a souvenir shop, where you can even buy figures in the typical costumes of different islands, three-dimensional map of Tenerife, cookbooks with local recipes e.tc

7 Ascend to the crater on foot.

It takes about 40 minutes and the difficulty is high, if you are lucky enough to find a clear day, you can be enthralled with the view of up to 4 islands from the top of this impressive mass. To enjoy this unforgettable experience it is necessary to obtain a special permit. It is advisable to book one or two months in advance depending on the time of year. The permit is free of charge and is only valid for the selected date. If due to weather or other reasons the visit cannot be made, the permit expires. 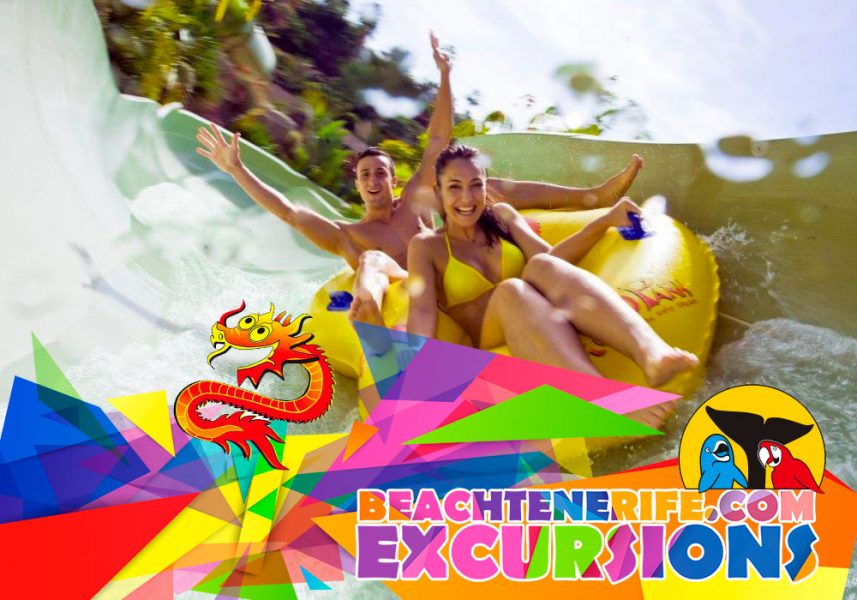 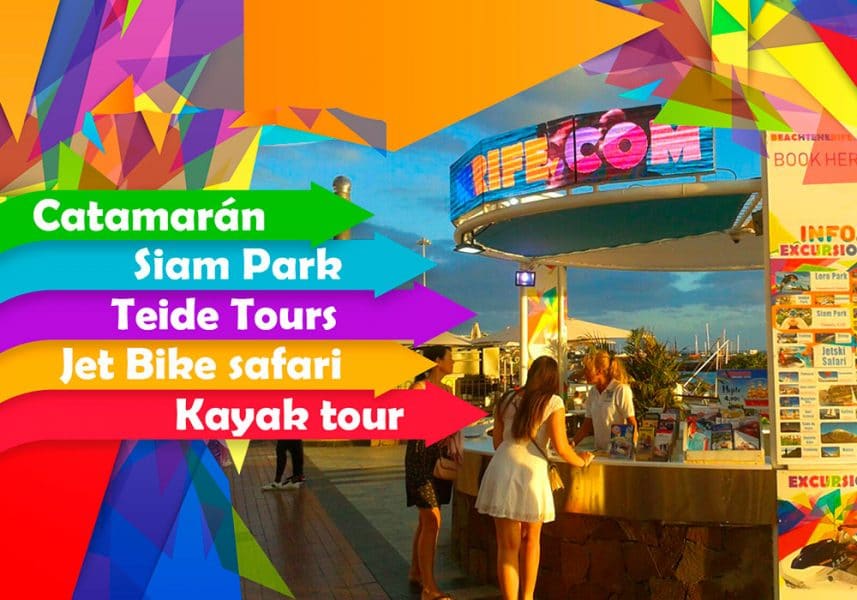 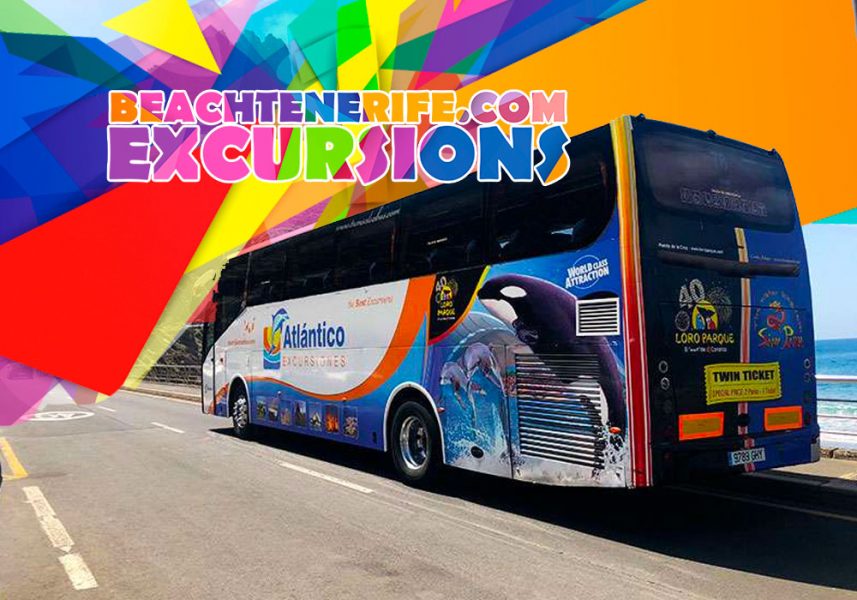